Giant shield volcanoes are basalt
Basalt rock is the most common igneous rocks in the crust. The rocks contain ferromagnesian minerals that are rich in iron and magnesium. The giant shield volcanoes in the Pacific Ocean, the seafloors,  cinder cones, and flood basalts are all basalt rocks.

Basalt is a hot fluid lava
Basalt is a dark heavy lava that is very hot and fluid when it erupts. When it erupts on the continents it can flow many kilometers before it cools in thin layers. The thin layers form shield volcanoes and flood basalts like the Deccan Traps in India. 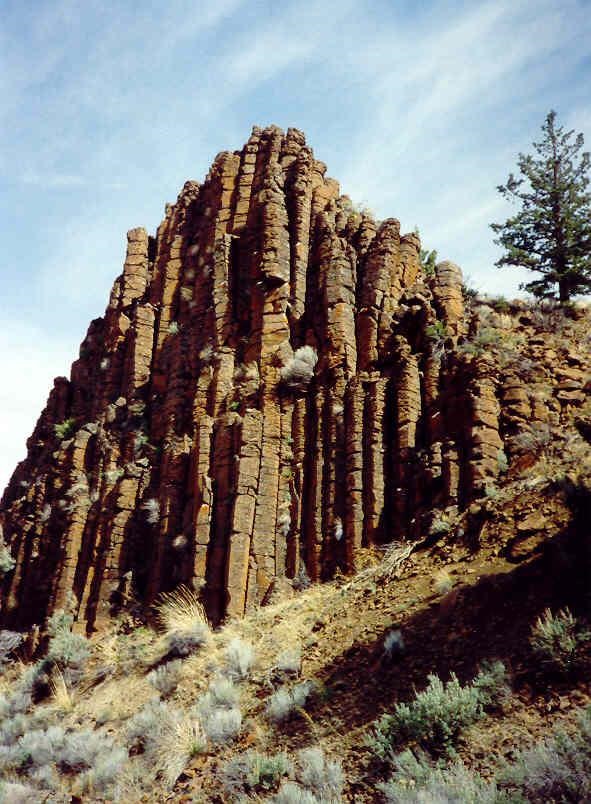 Basalt lava columns exposed by floods
Basalt cools forming the columns in the picture at the bottom of deep lava flows. Outcrops like the picture can be seen as visitors to the gorge drive down the highway on both sides of the river.

Flood basalts in worldwide
Scientists studying flood basalts are evidence of new provinces that were unknown.  Flood basalt provinces are known as traps. The word is derived from the Swedish word trappa that means stairs.  Many of the landscapes that have been studied have a stairstep landscape.

The Deccan Traps
The Deccan Traps in NW India are much larger than the Columbia River Basalt province. The layers of basalt are more than 2000 meters thick. The flat lying flows of basalt cover 500,000  square kilometers of land. 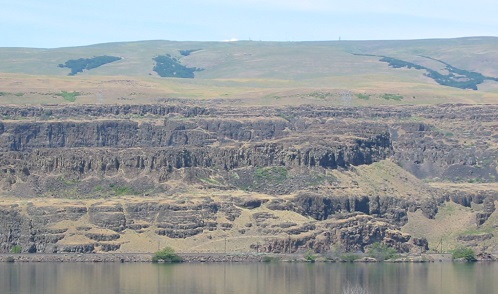 Layers of flood basalt exposed during ice age floods on the Columbia River. 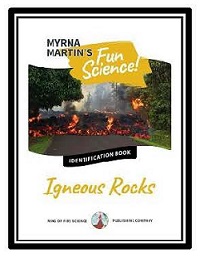 Cinder cones
Cinder cones are small cone shaped volcanoes created entirely of basalt rocks blown out of a volcano. The magma beneath the volcano vent contains large amount of molten rock and gas mixed together under pressure.

Cinders (scoria)
The cinders (scoria) are erupted during small explosive eruptions which creates steep-sided volcanoes. Most of the cinders on the volcano are about the size of a golf ball or walnut. Cinder cones are also called scoria cones by geologists in some areas. 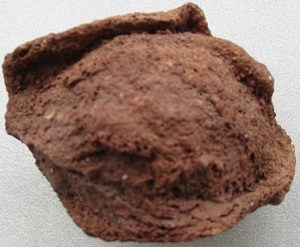 Lava Bombs
Lava bombs are larger pieces of lava that were partly molten during the eruption. These rocks take on aerodynamic shapes while they are airborne. In general all the rocks that form a cinder cone are called cinders no matter how large or small the rocks are that formed during an eruption.