What is Plate Tectonics?

The theory of plate tectonics 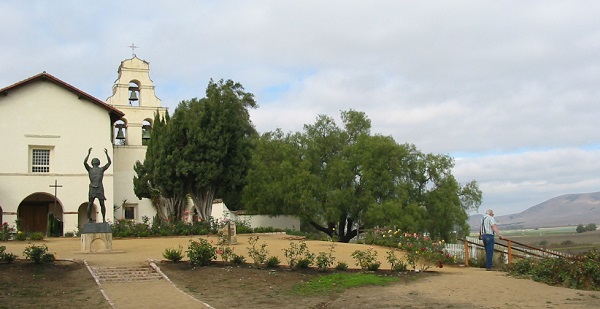 My husband is looking across the San Andreas Fault  at the North American Plate. The San Juan Bautista Mission sits on the Pacific Plate and has been damaged by earthquakes several times.

What is a Divergent boundary?

Formation of pillow basalt
Pressure from expanding gases in the molten rock (magma) force it upward toward a crack on the seafloor. The molten lava flows onto the seafloor forming pillow basalt. When the pillow basalt cools it forms new seafloor between the divergent plates. This explains what is plate tectonics theory of divergent boundaries.

Our Earthquakes textbook contains sixteen chapter.  Each chapter includes a lesson, quiz and activity about how and where earthquakes occur.
Chapters include information about  P waves, S waves,  three major earthquake scales, and different types of faults.                            Myrna

Ascension Island in the Atlantic Ocean

Distance turtles nesting areas is increasing
When the turtles started laying their eggs on Ascension Island the trip to the island was much shorter. Each year the trip increases 2.3 cm. Recently a female turtle that laid her eggs on Ascension Island was tracked returning to her feeding grounds on the coast of Brazil. Her return trip was 2983 km long. It takes between five and six weeks for the turtles to swim that distance. This supports the question, what is plate tectonics theory of divergent boundaries.

Basalt rocks
Basalt rocks contain iron-rich minerals that are denser and heavier than continent rocks. The difference in weight causes the ocean plate to subduct beneath the continental plate. The ocean plate melts in the upper mantle and it is recycled into new rocks. This clarifies what is plate tectonics theory of convergent boundaries.

What is a transform boundary?

Plate movement is horizontal
Transform faults are areas where two plates slip past each other. Because we live on a round planet you will see on maps where the lines of divergent boundaries zig-zag on the ocean floor. The short distance between the spreading ridges are transform faults.

San Andreas Fault
The San Andreas Fault runs through California. It is more than 1200 km long. The fault separates the North American Plate and the Pacific Plate. My husband is standing on the Pacific Plate and looking across the San Andreas Fault to the North American Plate. The picture was taken at San Juan Batista Mission. The Mission has been damaged several times by earthquakes. Recent research indicates the epicenter of the 1906 San Francisco earthquake was near the town of San Juan Batista.

The Theory of Plate Tectonics

What are Thrust Faults?

What is a Divergent Boundary?

Where is the Epicenter of an Earthquake?

The Caribbean Plate is Surrounded

What is an Earthquake?

What is a Convergent Boundary?

What is a Transform Boundary?

The Pacific Plate is an Oceanic Plate