Nazca Plate has three triple junctions
The Nazca Plate is a small oceanic plate off the coast of South America. It has five triple junctions where three different plates come together. It also produced the largest earthquake ever recorded by seismographs in 1960. 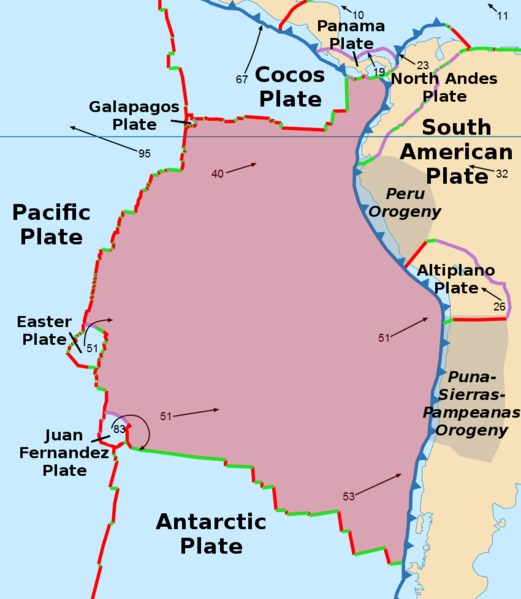 Formation Andes Mountains
The Andes Mountains have formed on the continental side of the subduction zone that lies between Nazca crustal plate and the South American Plate. The Peru-Chile Trench separates the two plates.

Two large earthquakes in the recent past
Massive earthquakes have occurred due to the subduction of the Nazca Plate beneath the South American Plate.