the many Different types of volcanoes

Stratovolcanoes
Stratovolcanoes form in subduction zones as towering volcanoes like Mount Fuji in Japan, Mount Rainier in Washington, and Mount Spurr in Alaska.

Cinder cones
Cinder cones are small volcanoes that erupt for a short period of time. The eruptions  create a cone shaped volcano with a crater at its summit. 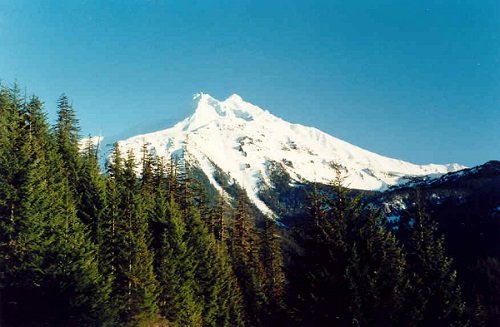 What type of volcanoes form in the oceans

Stratovolcanoes on the Continents

I am recommending this book for you to read because it includes information on major types of volcanoes, different types of eruptions, and volcanic rocks produced by the volcanoes . Each chapter also contains a fun activity.   Myrna

Explosive eruptions sometimes occur when the pressure inside the volcanoes increases until a violent eruption occurs.

The eruption of Mount Pinatubo in the Philippines is an example of a violent volcanic eruption of a stratovolcano. The explosive eruption occurred on June 15, 1991. The volcano had been dormant for about 500 years and was thought to be extinct.

The eruption of Mount Pinatubo was the second largest eruption of the 20th Century. The eruption was so violent it produced pyroclastic flows, giant mudflows and a large volcanic ash cloud.

How Dacite and lava domes Form

Dacite is a thick pasty lava that does not flow away from the vent of a volcano. Instead, dacite oozes out like toothpaste from a tube. When the pressure of new lava pushes upward the outer shell of the dacite dome breaks apart as the dome expands causing the collapse of the dome. When the lava dome collapses they create deadly pyroclastic flows on the slopes of the volcano destroying everything in its path.

Pyroclastic flows travel at hurricane speeds  Find out more about these small crumbly volcanoes that form on the sides of larger volcanoes and in their craters.

What are lahars?   Find out more about lahars which are triggered by pyroclastic flows, eruptions that can bring death and destruction to people living near volcanoes.

1991 Eruption of Mount Pinatubo   Find out more about the second largest volcanic eruption of the 20th century.

Novarupta and Katmai volcanoes   Find out more about this Alaskan volcano that was once thought to be the source of the largest volcanic eruption of the 20th century.

Explosive Krakatoa eruption   During the Krakatoa Eruption pyroclastic flows swept over the surface of the ocean to other island.

Fun volcano facts  Volcanoes are fiery mountains that produce eruptions that can alter the weather sometimes for several years.

Vesuvius destroys Pompeii & Herculaneum  The Vesuvius eruption was observed by Pliny the Younger who wrote an eyewitness account of the eruption.

Supervolcanoes and mega calderas   Super volcanoes produce huge amounts of ash and pyroclastic material that can alter the weather for years.

Loihi is a hot spot seamount  Loihi is a seamount growing off the coast of the Big Island of Hawaii. Loihi is the newest member of the Hawaiian Volcanoes