Loihi is a Hot Spot seamount

Where Loihi is located

Loihi a submarine volcano
Loihi, a hot spot volcano increasing in size on the slopes of Mauna Loa. The submarine volcano is located over the hot spot in the Pacific Ocean which gave rise to the other Hawaiian Islands. This newest volcano is the youngest member of a chain of volcanoes that reaches all the way to the Aleutian Islands in the North Pacific. 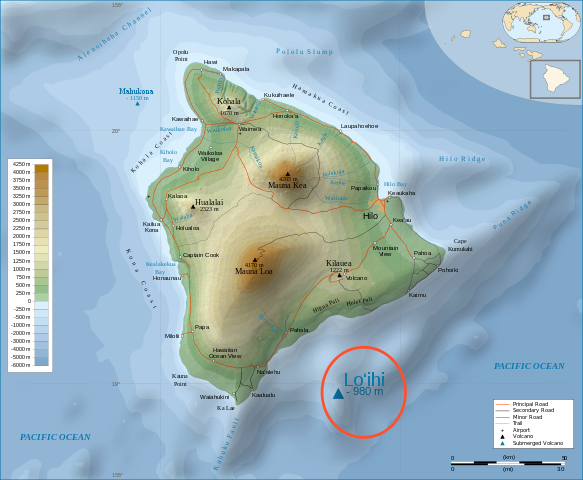 Loihi, a seamount is the newest member of the Hawaiian volcanoes NOAA

Size and appearance of loihi

Seamount forming off Hawaii's coast
This newest member of the Hawaiian volcanoes summit reaches 915 m (3000 ft) above the ocean floor and is within 305 m  (1000 ft) of the ocean surface. When the seamount grows another 305 m  (1000 ft) it will emerge as a new island and part of the Big Island of Hawaii volcanoes

Steep-sided seamount
The volcano, at the present time, is steep-sided with a dome at the summit. There were several vents at the top of the dome that were named Pele's vents until 1996. After a large eruption in 1996 the dome collapsed forming a crater 305 m  (1000 ft) deep which has been named Pele's Pit. 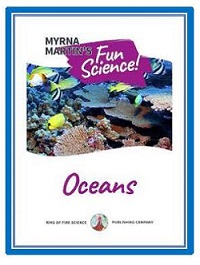 researching the birth and growth of Loihi

Studying volcano from 1987-1993
Loihi is an ideal site for scientists to monitor the hot spot volcano because it is only a 24-hour cruise from the University of Hawaii by ship to the site. From 1987 to 1993 the Ocean Bottom Observatory (OBO) in the picture above took time-lapse video, recorded earthquakes, and vent temperatures of the volcano.

NOAA's Pisces V submersible
Today NOAA uses a submersible, Pisces V, that seats three people to study the volcano. They have found many unique organisms living on the volcano and believe it will be colonized by tube worms and other creatures that live in these extreme conditions.