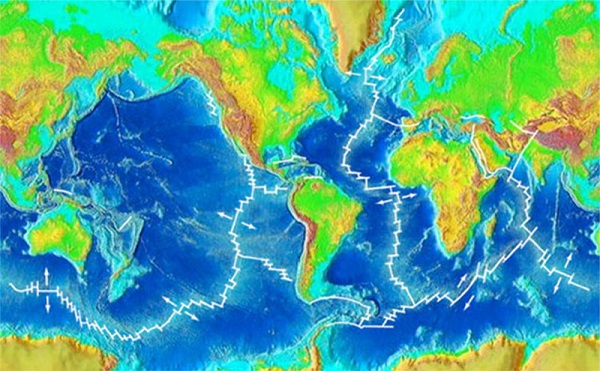 Map of the global mid-ocean ridge system on the ocean floor, NOAA

Ocean floor movement
Each subsequent lava eruption causes the older rocks to move away from the spreading center. All across the ocean the seafloor moves from spreading ridges to subduction zones where the oceanic crust is recycled.

Discovering and surveying the mid-ocean ridge

Global mid-ocean system
New surveys by other ships discovered that the Mid Atlantic Ridge was in fact just one segment of the global mid ocean ridge system that is found in all the oceans on Earth.