Tectonic plates
Crustal plates, also known as tectonic plates,  form the outer layer of the Earth. There are seven major plates and many smaller plates. Tectonic plates contain both the Earth's crust and uppermost part of the mantle. 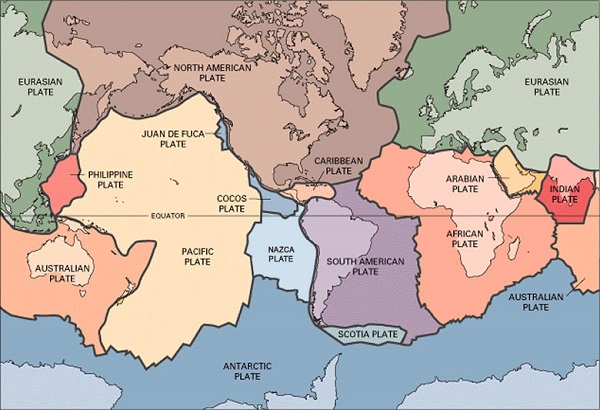 Formation of the oceanic crust
Oceanic crust is constantly being formed at a mid ocean ridge. Molten rock from the mantle forms beneath spreading ridges where two crustal plates are separating. The lava erupts from vents forming pillow basalt as the plates move apart.

Movement of crustal plates
The oceanic crust moves across ocean basins like a conveyor belt to subduction zones where it is destroyed as it subducts beneath a lighter plate. The oceanic crust is only about 10 kilometers thick but is much denser and heavier than the continental crust.

Smaller crustal plates
The rest of the plates are important but smaller. Scientists do not agree on the number of these small plates. For example, off the coast of Northern California and Oregon you will find information listing the Blanco and the Juan de Fuca Plates. Other authorities list the entire landmass as one plate and call it the Juan de Fuca Plate.