The theory of plate tectonics

How and why tectonic plates move 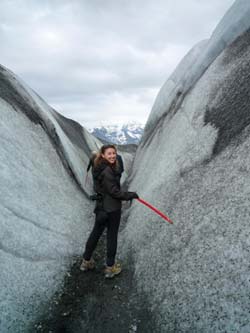 Visitor to Iceland walks on an icy crevasse    Sarah Masters

Our Earthquakes textbook contains sixteen chapter. Each chapter includes a lesson, quiz and activities about how and where earthquakes occur.  Chapters include information about earthquake faults, seismic waves, Mercalli scale, and tsunamis.             Myrna

the Pacific Plate and Nazca Plate

1960 Chilean earthquake largest ever recorded
The largest earthquake in the 20th occurred with the two plate converged off the coast of Chile. The earthquake's epicenter of the magnitude 9.5 earthquake occurred in the subduction zone where the two plates broke along the fault line.