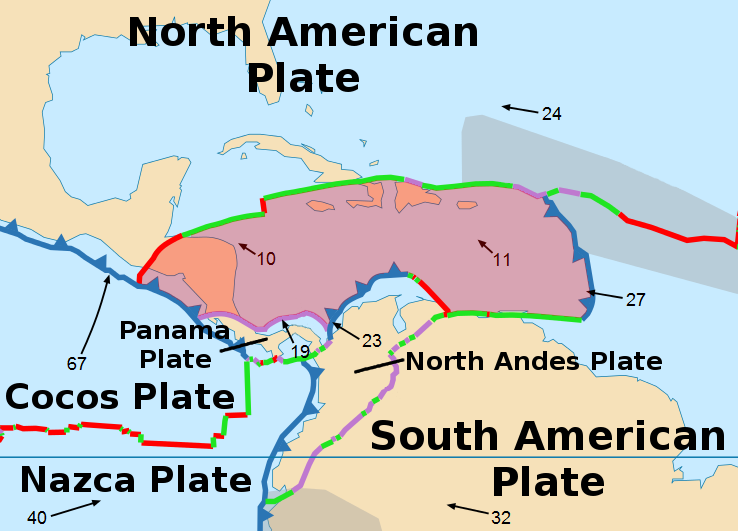 1902 Eruption of Mount Pelee
Mount Pelee on Martinique is a stratovolcano that is part of the Lesser Antilles volcanic arc. The town of St. Pierre was known as the "Paris of the Caribbean." The town was a bustling center of activity that had a harbor and where about 33,000 people lived. The volcano rumbled to life in 1902 and produced  the deadliest eruption of the 20th century.

Town of St. Pierre
The volcano is located  7 km away St. Pierre and rose 1,700 meters above the town. The eruption created pyroclastic flows that killed almost everyone in the town. Prior to the eruption geologists did not recognize the dangers of an explosive stratovolcano eruption. The pyroclastic flows swept down the side of the mountain at hurricane speeds destroying everything in its path.

Caribbean Islands
Barbados, Trinidad and Tobago islands all formed on the Caribbean side of the plates. Between these two plates there is a transform fault, thrust faults, and a subduction zone.