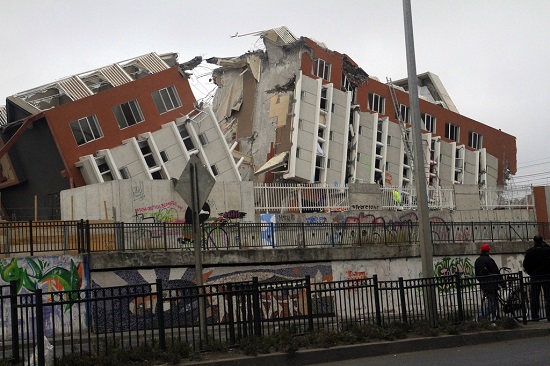 2010 Earthquake in Chile  by Claudio Nunez

Length of fault line rupture
The rocks ruptured along the fault line for about 695 km (430 miles). The rocks moved 9 m (30 feet) during the earthquake. It was the strongest quake to hit the region since the Chilean Valparaiso earthquake in 1960. That earthquake registered 9.5 on the moment magnitude scale and is the largest ever recorded on seismographs.

Falling buildings deadly during an earthquake
There is a saying about earthquakes. Buildings kill people not earthquakes. Even so, the earthquake was so powerful it damaged 370,000 homes and 486 people died. It was the strongest earthquake worldwide since the 2004 Indian Ocean Earthquake.