What is a Composite Volcano?

Earth's Active Volcanoes
Most of the Earth's active volcanoes have formed a ring around the Pacific Ocean. There are 452 stratovolcanoes in the Pacific Ring of Fire. The volcanoes are located in volcanic arcs on the continental side of subduction zones. 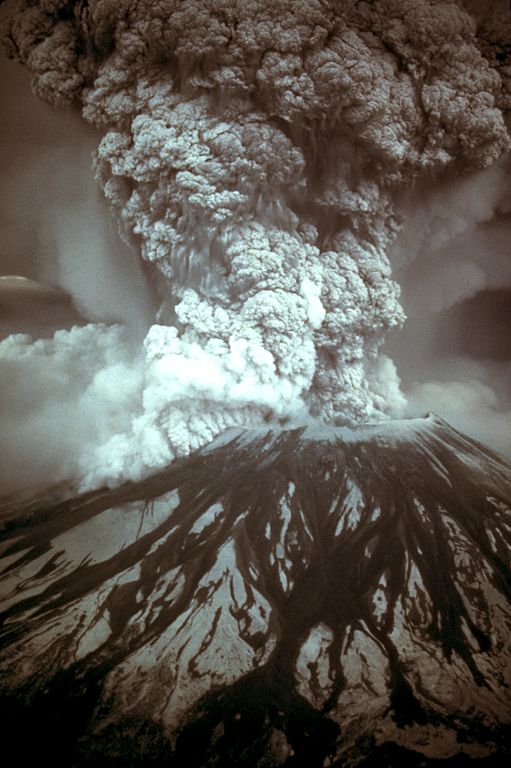 Formation of a composite volcano

Andesitic magma
Andesitic magma also mixes with melted rock from the continental crust. This magma is richer in silica than andesite. The molten rock creates explosive eruptions when large amounts of fluids are contained in the magma.

Composition of composite volcanoes
Composite volcanoes are typically composed of layers of pyroclastic material. The layers that form the mountain are lava, volcanic ash, tephra, and pumice. Andesite, dacite and rhyolite lavas erupted by these volcanoes have a high percentage of quartz and feldspar minerals.

Minerals in lavas
The minerals in these lavas can be highly explosive because the gases in the magma cannot easily escape. The lava is less fluid and forms thick lava flows on the sides of the volcano. Sometimes the lavas form small dome volcanoes over the vent in the crater of a stratovolcano or on its steep sides.

Past eruptions
The eruptions of Krakatoa in 1883, Mount Saint Helens in 1980 and Mount Pinatubo in 1992 were examples of large volcanic eruptions by composite volcanoes.