What are earthquake Waves? 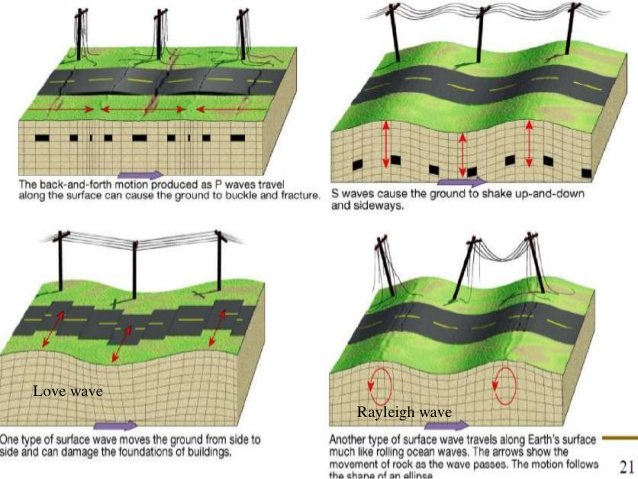 How seismic waves move through the Earth, USGS

S waves are transverse waves
S waves travel in a motion similar to a rope held tight at one end while the other end is lifted rapidly back and forth. S waves only travel through solids and do not travel through the liquid outer core of the Earth.

Formation of surface waves
When P waves and S waves reach the Earth's surface they are transformed into surface waves. Love waves and Rayleigh waves were discovered by two Englishmen.

Love waves are transverse waves
Love waves move back and forth in the direction they are traveling. Take a slinky and lay it on a table and make waves that move through the slinky as you move it back and forth. This is similar to the action of Love waves.