What is the Lithosphere? 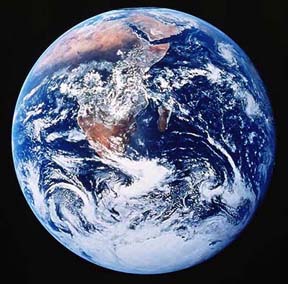 Two types of crustal plates
This layer of the Earth contains two very different types of crust. The continental crust contains a variety of rocks. They are igneous rocks, sedimentary rocks and metamorphic rocks that make up the rock cycle. Continental crust is lighter than oceanic crust which is made of basalt and gabbro. These rocks are derived from the upper mantle.

Oceanic crust
The oceanic crust is much younger because it is constantly be created at spreading zones and recycled in subduction zones. New oceanic crust forms when crustal plates separate. Molten rock from the upper mantle that has collected in magma chambers oozes onto the ocean floor forming a layer of rocks between the spreading plates. This is the newest and youngest crust on the surface of the Earth.

San Francisco terranes
The layers that are scraped off the oceanic plates are called terranes. Seventeen of these accreted terranes have been identified in the San Francisco bay area and are related to the movement along the San Andreas Fault.

Earthquakes on the plate boundaries

Crustal plate boundaries
Scientists use earthquakes to determine the boundaries of the crustal plates on the surface of the Earth. Earthquakes along fault lines occur frequently as plates move around the Earth.

Smaller Plates
There are also eight smaller plates that are generally shown on maps that display crust plates. These are the smaller but very important plates that have cause great earthquakes in the past.

Scientists have also identified a number of micro-plates where the land is being torn apart or are subducting.