What is pahoehoe lava?

Hawaiian term
Pahoehoe lava is a term used by Hawaiian to describe lava flows with a smooth unbroken surface. The basalt lava flows are typically 1100 to 1200 degrees Centigrade when they flow out of a volcano vent. They often form lava tubes that carry lava far down the slopes where they empty into the ocean at the flow front. The lava tubes become lava caves after the eruption ceases. 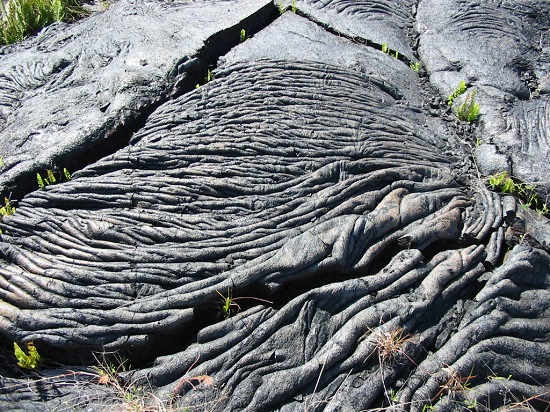 Pahoehoe lava flow on the Island of Hawaii, Myrna Martin

How Pahoehoe flows across the land

Pahoehoe flows
The pahoehoe flow moves down the volcano forming a series of lobes and toes. The new lava breaks through the flow front as the lava moves down the mountain. As the basalt lava flows away from the vent it forms all kinds of bizarre shapes. The rocks are often described as rock sculptures. 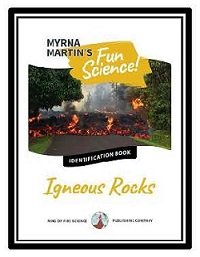 Formation of a lava tube

Pahoehoe moving down slope
Lava tubes form during volcanic eruptions of basalt that produce pahoehoe lava flows down the flanks of a volcano. The lava as it makes its way down the mountain usually travels about a half mile per hour. The movement is like water flowing down a hillside for the first time. Lava winds around obstacles following low points in the land.

Lava moving down the volcano inside a lava tube
The edges of the lava flow cools and crusts over as it encounters older rocks forming a lava tube. Sealed inside the smooth sides of a lava tube the molten rock can travel miles to the flow front with very little cooling and at a much greater speed. Geologists believe lava reaches speeds of 23 miles per hour in some lava tubes.

Lava meandering down a slope

Lava flows form channels
Pahoehoe lava flowing from a crater on the summit of a volcano will form channels as the outside edges of the flow cool. The channels are like rivers with riverbanks. Often the channels will meander down the side of the mountain seeking the lowest point. 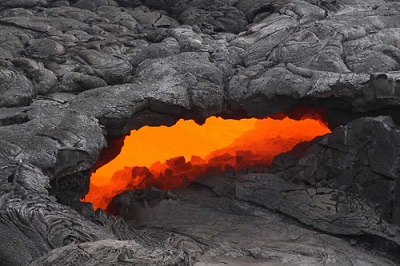 Formation of a skylight
If the roof of the lava tube is weak, parts of it may fall into the lava flow and be carried away creating a skylight. After the eruption ceases the roof will continue to cool and contract sometimes creating new skylights. Skylights are often used as entrances to underground lava caves.

Lavacicles in lava tube
Lava tubes create a variety of formations that are similar to ones found in limestone caverns. Lavacicles are formations resembling icicles. They are round tipped and usually about a half-inch long. Some lavacicles grow more than 30 inches long. They form in lava tubes when lava froth drips off the ceiling forming a small blunt pyramid of rock.

Shark tooth stalactites, splash stalactites and soda straws are some of the names given different types of lavacicles. Lava stalagmites form when droplets of lava fall on the same spot beneath a lavacicle.