Seismographs used to determine edges of the tectonic plates
Tectonic plate boundaries have been discovered using seismographs. Scientists discovered crustal plates because numerous earthquakes occur as plates move around and the rocks break.

Seismic waves
P waves and s waves are created by large and small earthquakes as the tectonic plates move around on the Earth's surface showing the outline of crustal plates when scientists plot the location of the earthquakes.

Divergent plate boundaries
A divergent boundary forms where plates are separating. Deep in the oceans at spreading ridges lava flows out on the ocean floor in rift valleys. The basalt lava is derived from melted rock in the upper mantle that collects in pockets called magma chambers.

Mid-Atlantic Ridge
The Mid Atlantic Ridge is a divergent boundary that runs from the North Atlantic to the South Atlantic Ocean. It is about 10,000 miles (16,000 km) long and runs through the Iceland. 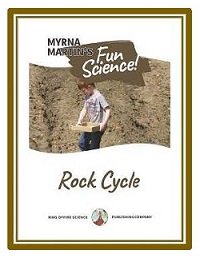 Subduction zones
Subduction zones are places where two plates collide. At least one of the plates is an ocean crust. Oceanic crust is heavier and denser than continental crust. When these two types of crust collide the heavier denser oceanic crust is forced downward into the crust and upper mantle where it melts and the rocks are recycled.

Creation of a transform fault