Layers in the Mantle

Beneath Earth's crust is the Mantle

Boundary between the crust and the mantle
The Earth's mantle lies beneath the crust. The boundary between the crust and the mantle was discovered by Andre Mohorovicic, a Croatian seismologist. The boundary is deeper under the continents that it is under the ocean floors. Mohorovicic discovered the Mohorovicic Discontinuity (Moho boundary) when he looked at the speed earthquake waves travel inside the body of the Earth.

Major layers inside the Earth, USGS

Moho boundary
At the Moho boundary between the Earth's mantle and the crust the density of the rock changes from 2.9 grams per cubic centimeter to 3.4 grams per cubic centimeter. The increase in density causes an  increase in the speed that p waves travel through the body of the earth. The waves are also slightly deflected by the change in density of the rocks at the boundary. 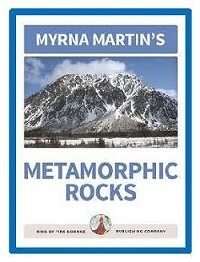 Common minerals
Minerals commonly found in the rocks include olivine, pyroxene and garnets. The crust has a variety of igneous, sedimentary and metamorphic rocks that are lighter and less dense than peridotite.

Minerals in the mantle

Temperature and pressure in the mantle