Thunderstorms form on warm sunny days when warm air currents rise above the Earth’s surface producing towering thunderstorm clouds that produce rain, lightning, hail and occasionally tornadoes. NOAA estimates that each year there are over fourteen million thunderstorms on our planet that means approximately 40,000 thunderstorms occur somewhere on Earth each day.

Summertime often produces cumulus clouds as the warm surface of the Earth heats the air above land. The air expands as it heats up creating an updraft because the expanding air is lighter than the cooler denser that surrounds the rising currents of warm air. The rising air creates updrafts that move upward in the atmosphere where it first forms cumulus clouds.

The updrafts of warm air soon create towering thunderstorm clouds that typically reach 20,000 feet or more on warm sunny days. The air cools as it rises forming water droplets as the air condenses. The water in the clouds as it moves upwards begins to form tiny ice crystals. The water droplets and ice crystals are caught in the turbulent air rising and falling in the clouds. 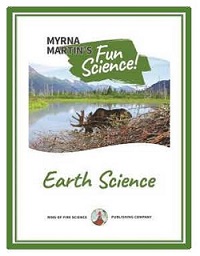 The cooler air moves away from the updrafts and begins to fall toward the Earth because it is cooler and denser forming a circular motion of air with rising and falling currents. The tiny ice crystals in the upper parts of the cloud bump into each other building up positive charges of ions forming an electrical field in the upper parts of the cloud of static electricity.

The ice crystals that fall toward the Earth are stripped of some of their ions creating an electrical field of negative charges near the bottom of the clouds. When the two fields are large enough a bolt of lightning is generated between the two electrical fields moving them closer together. The thunderstorm clouds continues produce rain and lightning as long as updrafts continue to form beneath the clouds.

The Jet Stream is often associated with severe thunderstorms

Most lightning produced by thunderstorms occurs inside a cloud. The lightning bolt reduces the number of positive and negative charges in the electrical fields in the clouds. When the lightning lights up the sky in a cloud it is called a sheet of lightning.

A buildup of positive charges on the ground can cause lightning to form between the lower areas of the thunderhead and the ground. The ground’s positive charge concentrates around anything that sticks up including trees, lightning conductors and even people. That is why you need to get to a safe place as quickly as possible when a thunderstorm is moving your way.

A lightning bolt as it travels through the air is about 54,000° F which is about 6 times hotter than the surface of the Sun. When the bolt of lightning travels through the air it heats the surrounding air to about 50,000 degrees F. The rapid heating and cooling of the air creates a shock wave that results in thunder. Lightning strikes near you will sound like a sharp crack or bang. Further away lightning sounds like a continuous rumble.

Severe thunderstorms often produce hail, rain, and possibly tornadoes. Meteorologists studying thunderstorms and tornadoes use a variety instruments to help them predict the weather in your area. The warning time for tornadoes produced in severe thunderstorms in recent years has increased. Prior to 1950 most people living in Tornado Alley were not given any warning about a possible tornado in their area.

The time increased to about 7 minutes in the last half of the 20th Century. Today, the time has increased to about 15 minutes in some areas during some storms. Check for weather forecasts if you are in an area where a severe thunderstorm might occur because it may produce damaging winds, hail and tornadoes.